This study was conducted to determine the graft success and stion (rootstock+scion) growth performances of pear cultivars grafted on some pear clone rootstocks during the 2018 and 2019. In this study, 'Deveci', 'Williams', 'Santa Maria' and 'Abate Fetel' pear cultivars were grafted in April on the Fox9, Fox11, OHxF87 and OHxF333 pear clone rootstocks with splice grafting method. Rootstocks had a significant effect on graft sprout ratio, graft survival ratio, shoot diameter and shoot length, except for graft take ratio in terms of rootstocks in the study. And also, cultivars had a statistically significant effect on graft take ratio, graft sprout ratio, graft survival ratio and shoot length, except for shoot diameter. In the study, graft take ratio varied from 86.7% to 100%, the graft sprout ratio varied from 80.0% to 100%, and the graft survival ratio varied from 77.8% to 100%. 'Santa Maria' and 'Deveci' gave the best results in terms of graft take and sprout rates. The highest graft survival ratio was determined as 'Santa Maria' and 'Deveci' and the lowest was determined as 'Williams'. In the study, the shoot length was observed between 96.4 cm and 135.5 cm and shoot diameter was observed between 17.60 mm and 20.94 mm. In terms of rootstocks, the longest shoot was determined in Fox9 and the shortest in OHxF333 rootstocks. In terms of cultivars, “Santa Maria” had a higher shoot length than other cultivars. Fox 11 and OHxF 87 for 'Deveci' and 'Santa Maria'; Fox11 and OHxF333 for 'Williams'; Fox9 and OHxF87 for 'Abate Fetel' can be recommended as rootstocks. As a result of this study, it was revealed that the production of quality grafted seedlings, which is very important in terms of growth, yield and quality in pear cultivation, can be done successfully in the sprouting period. 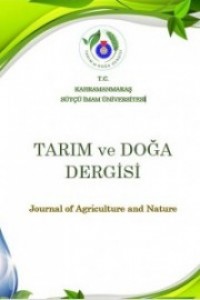