The aim of the present study is to determine the catch per unit effort (CPUE) for discard, bycatch and target catch of commercial trawl fishery in the coasts of Gökçeada Island (Northern Aegean Sea). A total of 19 bottom trawl hauls (99.8 hours) were carried out on the coasts of Gökçeada Island in the north Aegean Sea, between March 2015 and April 2017, with commercial trawler. During the study period, 58 species and 7938 individuals belonging to 46 families were caught. In terms of the number of species, the ratios in the total catch for target, bycatch and discard species were calculated as 5.17%, 50.00%, and 44.83%, respectively. Among sampled species, the most caught commercial species were; European hake (Merluccius merluccius), deep-water rose shrimp (Parapaneus longirostris) and blue whiting (Micromesistius poutassou). The total catch amount was calculated as 1146.44 kg. While the catch amount of target species was 817.87 kg (71.34%), the catch amount of bycatch and discard was calculated as 328.57 kg (28.66%). The CPUE value of the targeted species was determined as 31.5 kg operation–1, while the CPUE values of bycatch and discard were calculated as 10.11 and 2.39 kg operation–1, respectively. Moreover, the hourly CPUE value of targeted species was calculated as 8.19 kg hour–1, while the hourly CPUE values of bycatch and discard were determined as 2.63 and 0.62 kg hour–1, respectively. 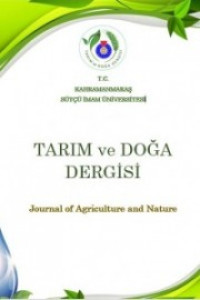